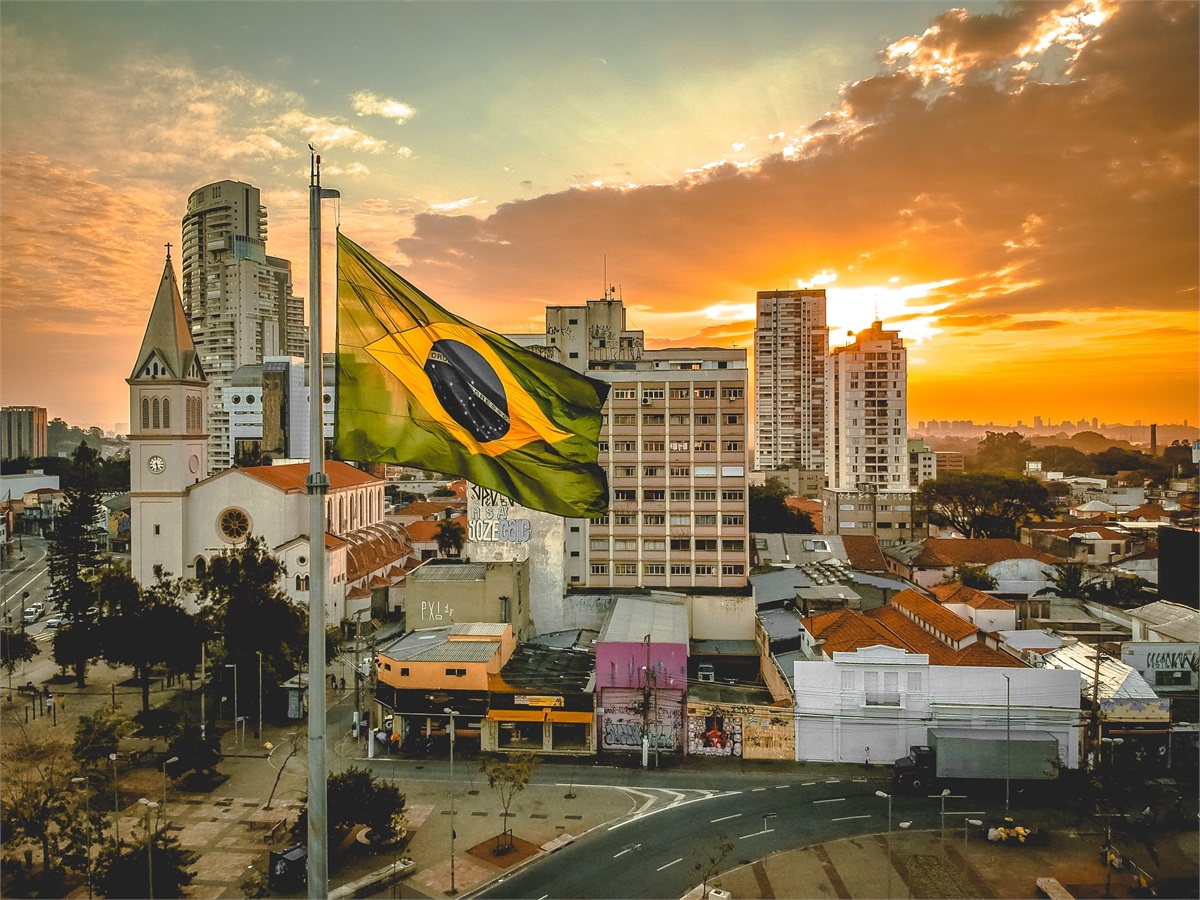 The fall colors are peaking and the mornings are colder. This week we discuss the whiplash in the daily news, and when bad news is seen as a positive (jobless claims). We are in the land of upside down, it seems, until the election is over and/or COVID-19 is under control. Meanwhile, portfolios and investments are humming along in neutral to a large extent.

We all experienced a degree of whiplash this week, as major news (the president’s health, potential stimulus bill) rocked between good news and bad news. The stock market mirrored this sentiment, dropping suddenly on Tuesday but recovering by Thursday. We encourage everyone to just ignore daily fluctuations! We wrapped up this week with a stock market gain of about 0.7%. Note that bond markets are closed Monday for Columbus Day, though the stock market remains open.

Economic data has started to plateau. This indicates that while the economic recovery isn’t backsliding, it’s not accelerating, either. That’s concerning because the U.S. economy is now entering its third month without any additional stimulus, and the layoff announcements are starting to pile up. (Sevens Report)

Weekly jobless claims were a disappointment with the numbers coming in higher than expected. The stock market reacted positively to this bad news, however, possibly because investors interpreted higher jobless numbers as increased pressure on lawmakers to pass a stimulus package. (Sevens Report) 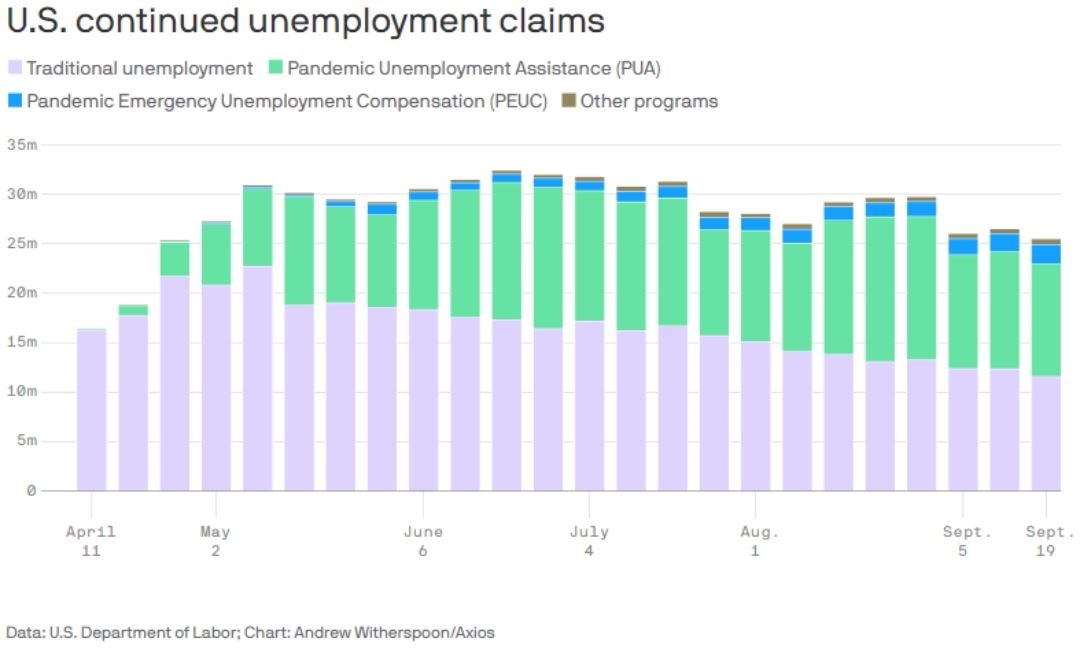 OPEC foresees lasting downward shift in the oil market. Experts believe the pandemic lockdowns and associated changes in how people work and live —including the rapid rise of popular electric cars and alternative energy sources — will permanently reduce global oil demand by some 3% , or about 3 million barrels a day , while renewable energy demand rises. (Wall Street Journal) 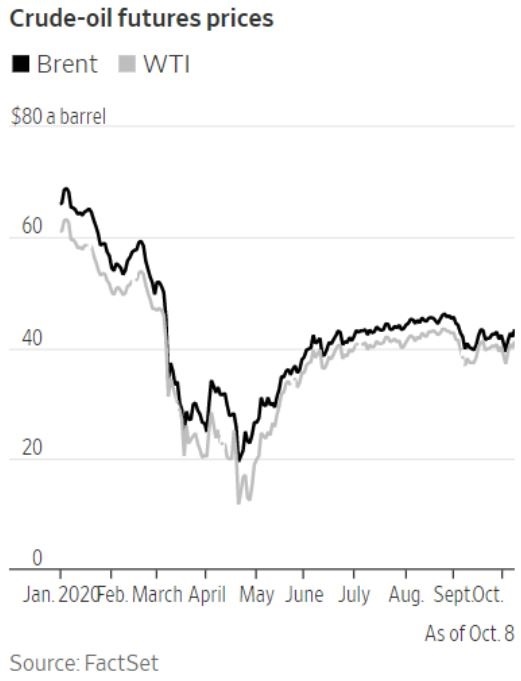 Winter weather will reduce consumer spending at restaurants by 3%-4%, economists predict. Outdoor dining has been a lifeline for many restaurants, as Covid-19 is believed to be much less likely to spread outdoors. Restauranteurs are considering investment in retrofitting outdoor dining space or buying heaters. (Marketplace)

Poll: 26% of Americans know someone who went to work while sick. We will not be able to get the pandemic under control unless people can stay home when they're sick. Many Americans are not able to do that without risking their job or their paycheck. (Axios)

Ohio’s positivity rate has increased to 3.9% , up from our lowest positivity rate of 2.5%. “I am deeply concerned,” Governor Mike DeWine said. The uptick in cases is reportedly due to social events where participants refrain from wearing masks or staying apart. (Fox8.com)

Hard-hit Latin American countries like Brazil have seen significant declines in cases , while Europe is now recording far more new coronavirus cases than ever before due at least in part to more testing. (Axios) 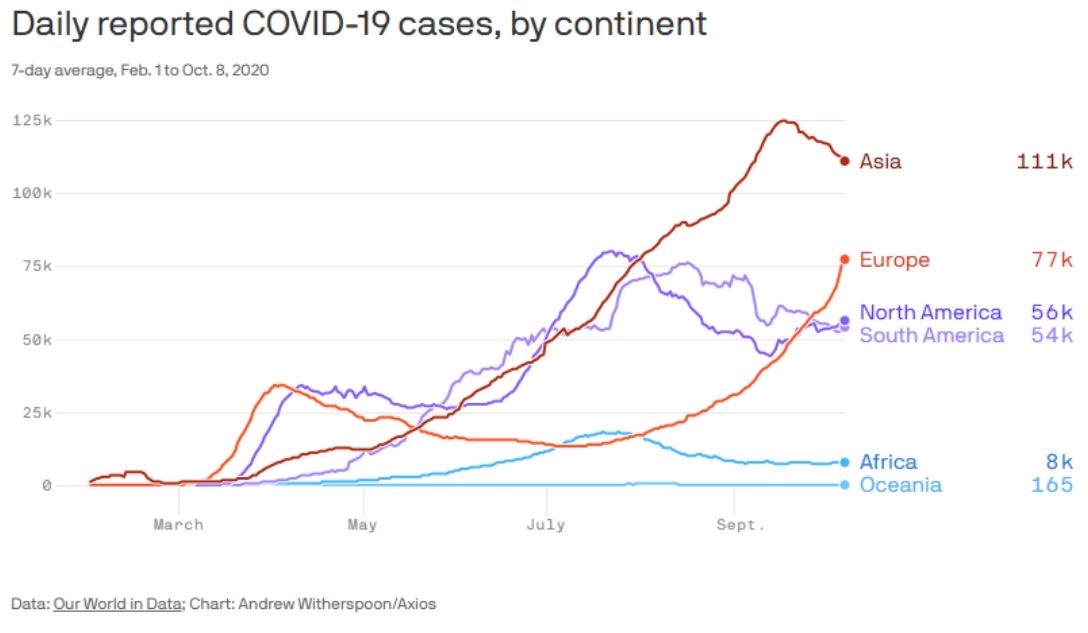 TD Ameritrade merger with Schwab is final! The process of combining the two custodians is expected to take 1.5-3 years. Until 2022 at the earliest, Schwab and TD Ameritrade will continue to operate as two separate custodians with all the same website and tools with which you are familiar.