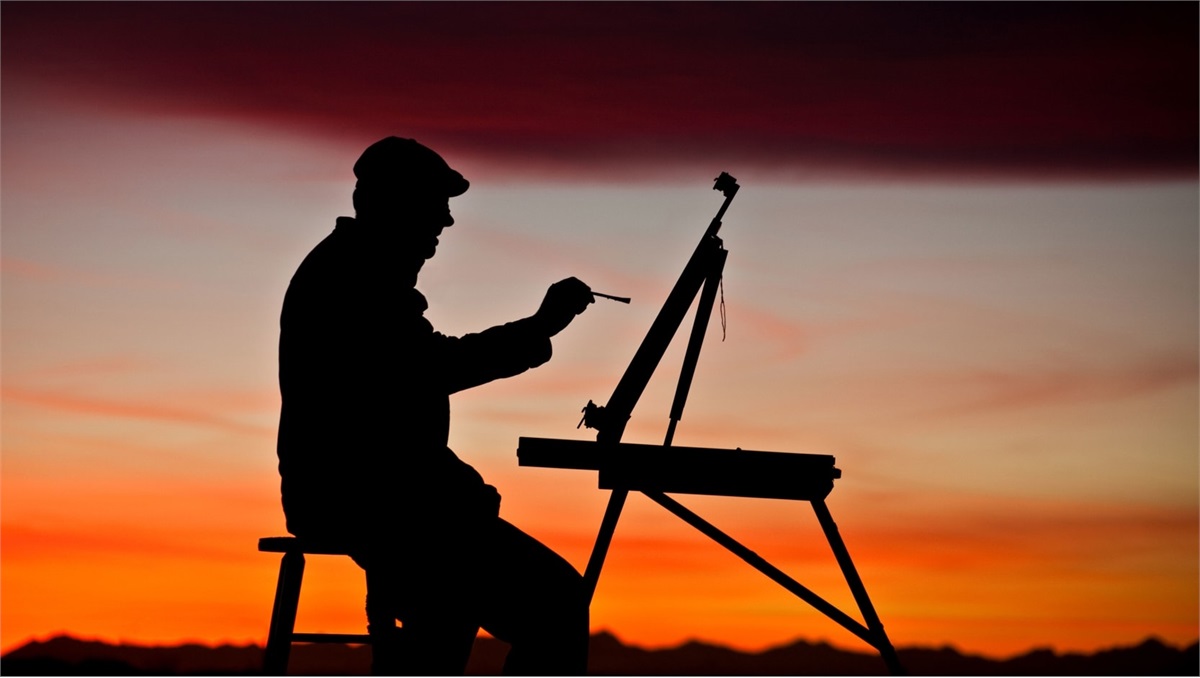 Weekly roundup: How to be happy in retirement; you're in good company staying home

As Halloween approaches, many people are wondering how they will manage the winter ahead, so we start our news today with a link about what people are doing that makes them happy in retirement - with many ideas that can be done in our homes or while being safe outside.

How to Be Happy (not bored) in Retirement: Kiplinger.com has a new series that perfectly captures the things we have seen our clients do to create a life that is both interesting and fun in retirement. Highly recommended reading here: Kiplinger Retire Happy

Coronavirus Crime Spree: Too many people have fallen prey to Coronavirus-related swindles, so the FTC has posted this advice: Ignore offers for vaccinations and home test kits. Hang up on Robocalls. Watch out for phishing emails and text messages you did not expect. Research before you donate. Visit the FTC Coronavirus site to get the latest information.

The economy has held up better than expected this fall, although many economists still predict sharply lower growth in the final months of 2020 without another major financial stimulus from Washington, as people hunker down in their homes. In a continued two-week trend, there were fewer brand-new jobless claims this week (good) but other economic indicators show the recovery is slowing or plateauing. The leading economic index rose only .7% last month, down from 1.4% in August and 2% in July. (MarketWatch) Like many people, we are still optimistic that new stimulus will pass one way or another, to help small business, the unemployed, and schools.

September existing home sales jumped 9.4%, and the median price reflected a 14.8% gain compared with September 2019. Economists worry that prices are rising too fast. The inventory of homes for sale fell over 19% annually through the end of September and is currently the lowest since tracking began in 1982. (CNBC)

U.S. government infrastructure investment as a percentage of GDP has recently risen to 4% but is still down from the 7% highs reached nearly 60 years ago, during the cold war with the Soviets. Infrastructure = roads, bridges, utilities, schools. (St. Louis Fed via Liz Ann Sonders) 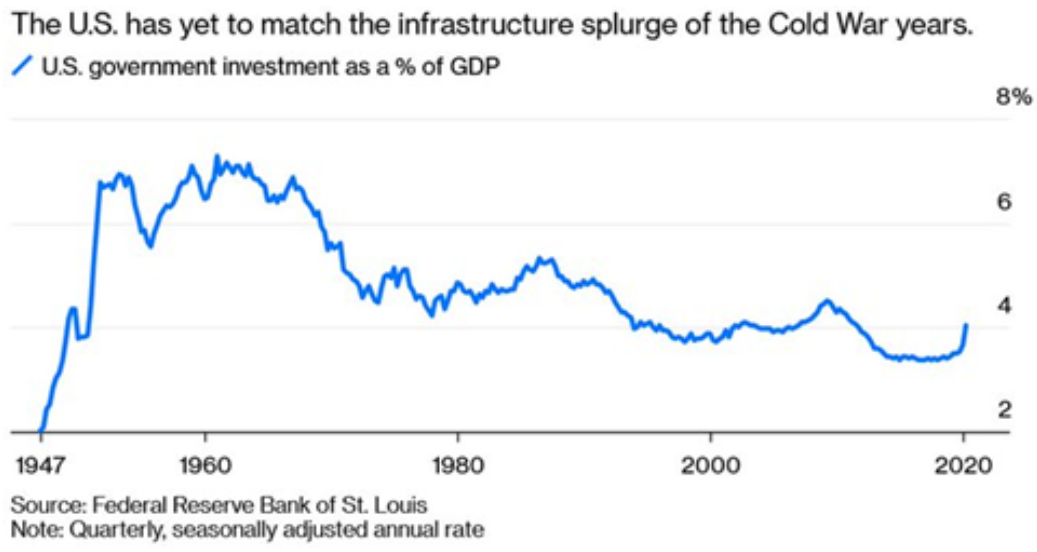 How our fellow Americans are managing the pandemic

Skipping or reducing loan payments: 41% of households with student loans are skipping or reducing payments, a number that’s held steady since April. A smaller number are staggering mortgage payments. (Goldman Sachs via Fortune Bull Sheet on 10/22)

Visiting food banks: 22 million people reported they sometimes or often did not have enough to eat in the last seven days, according to the Census Bureau’s most recent household survey. Demand at food banks is up 60% over this time last year across the country, and has been for months, said Kate Leone of Feeding America. (Census Data)

Increasing air travel: The Transportation Security Administration announced on October 19 that it’s screened more than 1 million passengers on a single day — its highest number since March 17. (TSA via Marketplace)

Dropping out of the labor force: 1 in 5 parents quit a job or took leave to deal with remote school. According to federal data, 865,00 women dropped out of the labor force between August and September — four times the number of men. The chart below shows the employment impact of the pandemic on both fathers and mothers, with mothers seeing a greater decrease (-5.6%) than fathers (-4.9%) since this time last year. (Axios)

How the pandemic might end: Pandemics don't last forever. When they end, it usually isn't because a virus disappears or is eliminated. Instead, they can settle into a population, becoming a constant background presence that occasionally flares up in local outbreaks. "If the vaccine is really effective, like the measles vaccine or the yellow fever vaccine, it's going to suffocate this," UC Irvine epidemiologist Andrew Noymer says. But if the vaccines are less effective, as many experts expect for at least the first generation, Covid-19 may behave more like the seasonal flu. (Axios)

You're in good company by staying home. A fairly steady 40% of all Americans have been isolating since July (the orange line below), according to the USC Understanding America survey. By definition, the people staying home are not as visible as the ones out at restaurants. This can contribute to a feeling that everyone else is out socializing, even when it’s not true. 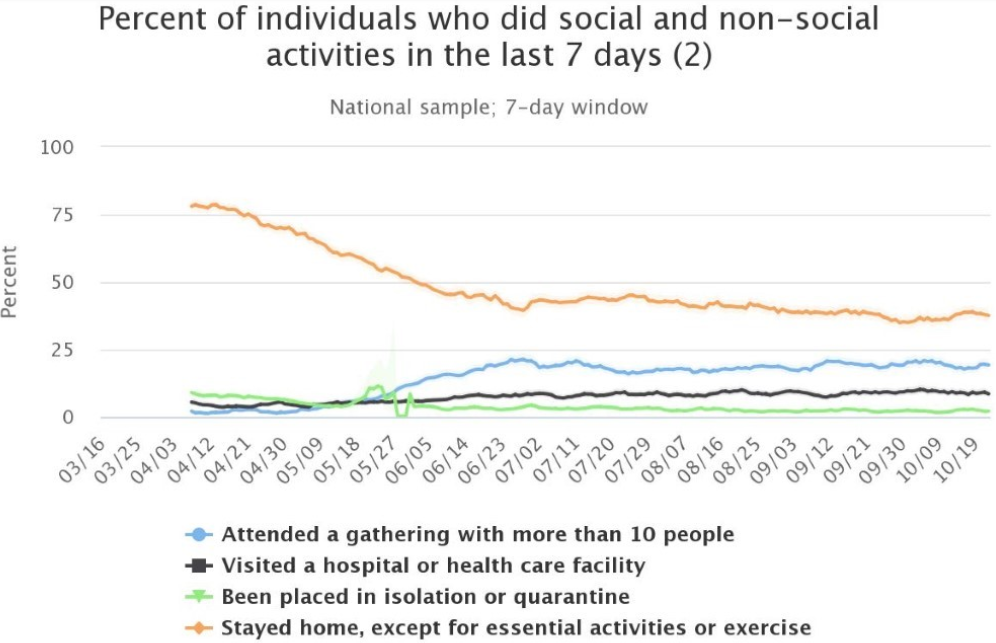