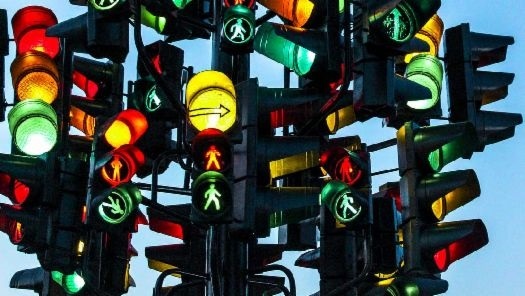 How are you finding ways to connect with others during the pandemic? We’re feeling energized after our entire team got together for the first time in over five months on Tuesday at a socially-distanced (with masks) offsite meeting! Thank you for your patience if you called or emailed on Tuesday.

The economy and stock market have been sending contradictory messages since mid-March, when the S&P 500 index started an upward climb during the height of multi-state lockdowns and uncertainty about the novel coronavirus. The mixed messages have only amplified since then, and you will see that as a theme in this week’s news summary below.

S&P 500 hits all-time high amid pandemic recession. This is the fifth time in history that the market hit an all-time high while the economy was still in a recession. Market breadth has been underwhelming, while the concentration of the largest five stocks remains a risk. (Liz Ann Sonders)

Low rates are here to stay. The Federal Reserve announced this week that it may leave interest rates low if it believes the economy is running at full employment. This is a major departure from previous Fed policy, which historically involved strategically raising interest rates to control the pace of growth and inflation. (MarketWatch)

Mortgage applications hit a post-2008 high. Weekly applications for mortgages to buy a home reached the highest it has been since September 2008. Year-over-year growth of more than 27% in mortgages for purchases is extraordinary with unemployment above 10%. (Wall Street Journal, Mortgage Bankers Associations of America) 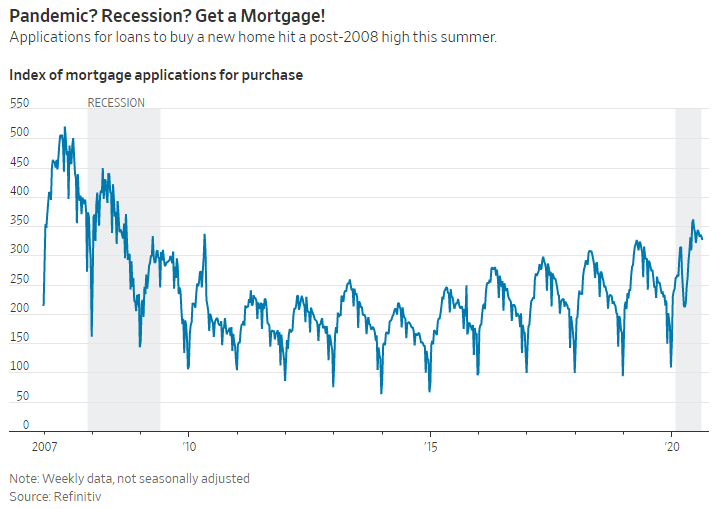 The President’s payroll tax deferral is on hold without IRS guidance. Two weeks after President Trump's executive action delaying payroll taxes, the Treasury Department still has not given companies guidance on how to handle the order, leading to only 3 states providing supplemental employment benefits. (Bloomberg)

China is less than halfway to trade deal targets. To satisfy the conditions of the phase one U.S.-China trade deal, China is expected to purchase at least $200 billion more in U.S. exports combined in 2020 and 2021. As of July, however, they are more than 50% behind the pace of expected purchases. The good news is that a deal still exists, so neither country is adding additional tariffs right now.

U.S. imports jump in August, especially from China. Total U.S. imports have risen in August after ten straight months of declines, with U.S. imports by sea growing by 7% year-over-year in the first 15 days of the month. (Axios, S&P Global)

Durable Goods orders exceeded all expectations, rising 11.2% in July. Orders for military aircraft and motor vehicles led the gains. However, non-defense capital goods excluding aircraft, considered a proxy for business spending plans, only increased 1.9% in July, compared to 4.3% in June. This suggests a rebound in business investment could be more gradual amid uncertainty about the course of Covid-19. (CNBC)

Historic drop in global trade due to pandemic: Global trade flows collapsed in the second quarter, falling by the most on record, as coronavirus lockdowns disrupted air and sea transport and slashed consumer demand.  (Wall Street Journal)  This is the largest drop in trade in twenty years.

New TD Ameritrade portal. Those of you who have seen TDA’s new client portal say you like it better than before! It contains a new consolidated view, screen share functionality with your advisor (us), and the new ability to update your own contact information under the “My Profile” tab. Separately, your CP Portal remains unchanged. Log on to all portals via our website at https://www.cpplan.com.

Please feel free to share this weekly news roundup with colleagues and friends who may find a quick summary of economic news helpful!